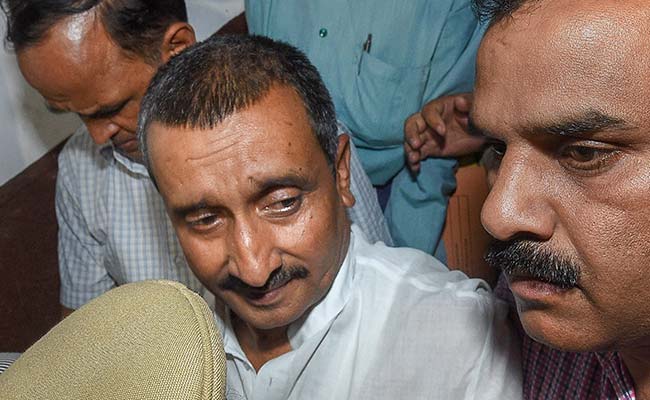 A Delhi court on Monday discharged Kuldeep Singh Senger in the 2019 accident case of the Unnao rape victim saying that no charges were made out against him in the case.

However, the Court ordered framing of charges against four accused Ashish Kumar Pal, Vinod Mishra, Haripal Singh, and Naveen Singh. The court said that there is sufficient evidence against these accused persons.

In 2019, when the Unnao rape survivor was on her way to Rae Bareli with her two aunts and her lawyer, a truck rammed into their vehicle. While her aunts died, she and her lawyer were grievously injured.

As per the charge sheet, on July 28, 2019, between 12:45 pm and 12:50 pm, accused Ashish Kumar Pal was driving the truck on the wrong side of the road from Rai Bareilly towards Lalganj in a rash and negligent manner. The car being driven by advocate Mahender Singh collided with the back of the truck resulting in the death of the girl’s two aunts besides grievously injuring him who later died as did the girl.

The court noted that the charge sheet did not mention any record or evidence regarding the criminal conspiracy between the accused persons with Kuldeep Singh Sengar.

The Court also noted that Kuldeep Singh Sengar was in judicial custody during the period when the alleged threats were extended to the girl or her family members. The Court also noted that admittedly the case of the prosecution is that he conspired with the other accused to threaten the victim or her family members but he himself did not threaten them.

On August 1, 2019, the Supreme Court transferred the case to Delhi from a trial court in Uttar Pradesh. In December 2019, Senger was convicted and jailed for life for raping the woman in Unnao in 2017 when she was a minor.