Six policemen in Uttar Pradesh’s Gorakhpur, Chief Minister Yogi Adityanath’s homestead, have been suspended after a businessman died during a late-night police raid at a city hotel on Tuesday.

The victim’s family has alleged that the businessman was assaulted while the police maintain the man’s death was an ‘accident’. He fell inside the hotel room, say police.

The dead man has been identified as Manish Kumar Gupta, a resident of Uttar Pradesh’s Kanpur. He and two other people from different cities were in the hotel room at the time of the raid that took place after midnight on Tuesday. The people with the victim told media that they were business associates and had come to Gorakhpur to meet a common friend.

“The three of us were sleeping in our room. Around 12:30 am, the doorbell rang. I opened the door and there were 5-7 policemen there and the boy from the reception. They came inside the room and started asking us for IDs. I showed my ID and then woke up Manish. He asked the cops why we were being troubled this late at night. The cops then started threatening us,” Harveer Singh, one of the men who was inside the hotel room, said to reporters. Mr Singh told the media he lives in Haryana’s Gurgaon.

“They appeared drunk. I was slapped by one of the policemen. Some of the policemen had guns. The cops then took me outside. A while later, I saw Manish was being dragged out of the room by the cops and there was blood all over his face,” he added.

The Gorakhpur Police claim they had received information about ‘suspicious’ men staying at the hotel. 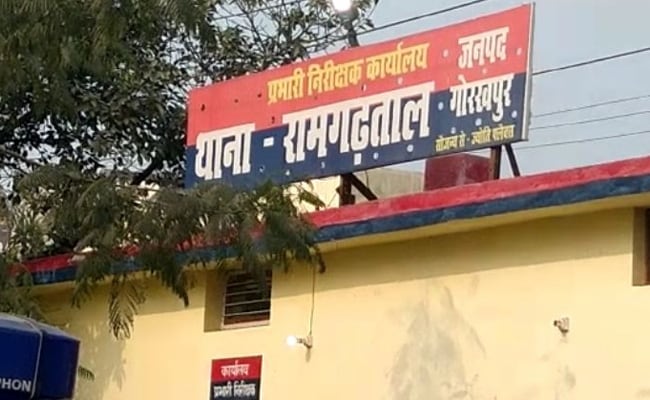 “The men were from different cities. The police team found this suspicious, so they went up to the room along with the hotel manager. One of the men died in an accident inside the room in an unfortunate manner. Our team immediately shifted him to a hospital,” Vipin Tada, the police chief of Gorakhpur said in a statement.

The victim’s wife told the media she was not convinced with the police’s explanation.

“Just 10 minutes before his death, he was speaking to me and then he cut the call saying the cops are here. I believe he later called another relative saying the police were harassing and threatening him and asking him to accompany them to the police station. I want answers to how he died,” Meenakshi Gupta, the wife of the dead property dealer, said in a statement.