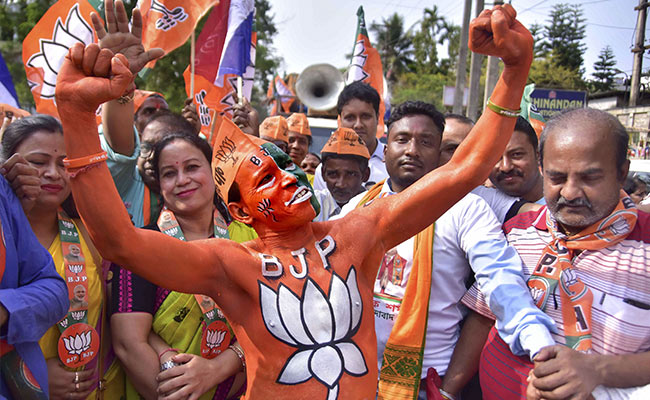 In the run-up to the Uttar Pradesh Assembly polls next year, Bharatiya Janata Party (BJP) is set to take out ‘Jan Vishwas Yatra’ from six places in the state from December 19.

The Yatras will be inaugurated by the party’s top leaders including Chief Minister Yogi Adityanath and other union ministers. Yatras will be taken out from Bijnor, Mathura, Jhansi, Ghazipur, Ambedkar Nagar and Ballia.

The third Yatra will be flagged off by Defence Minister Rajnath Singh commencing from Jhansi and concluding in Kanpur.

The fourth yatra will start from Bidurkoti in Bijnor which will be inaugurated by Union Minister Nitin Gadkari. It will conclude in Rampur.

Madhya Pradesh Chief Minister Shivraj Singh Chouhan will start the fifth journey from Ballia and will conclude in Basti.

The sixth yatra will be inaugurated by Union Minister and Amethi MP Smriti Irani. The yatra will commence at Ghazipur and conclude in her own constituency Amethi.

Uttar Pradesh is slated to go to Assembly polls early next year.

In the 2017 Assembly elections in Uttar Pradesh, the Bharatiya Janata Party bagged 312 seats out of the 403-seat Uttar Pradesh Assembly while Samajwadi Party (SP) bagged 47 seats, Bahujan Samajwadi Party (BSP) won 19 and Congress could manage to win only seven seats. The rest of the seats were bagged by other candidates.