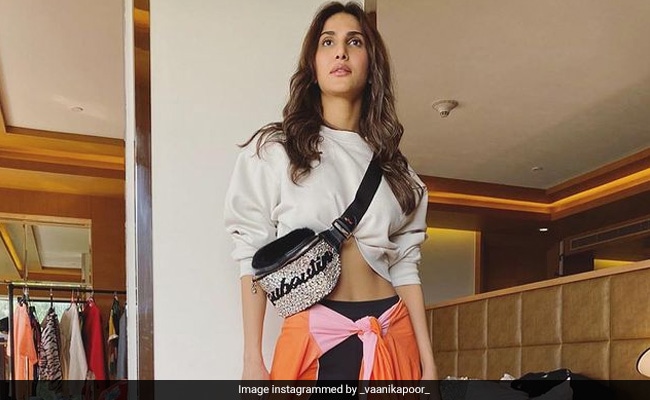 Vaani Kapoor is basking in the compliments coming her way for her nuanced performance in the film Chandigarh Kare Aashiqui. With fans and colleagues showering praises on the team, Vaani Kapoor has decided to let fans into the process of turning into her character, Maanvi. In an Instagram post captioned, “Maanvi in the making,” Vaani Kapoor shared a series of pictures in a range of costumes chosen for her character in the film. Wearing dresses, athleisure, oversized sweaters and skater skirts, Vaani Kapoor looks stunning in her various avatars. Along with the caption, the actress also added a dress emoji and a heart emoticon.

Vaani Kapoor, who plays a trans woman in Chandigarh Kare Aashiqui described the film to be a “conversation starter”. According to PTI, the actress said that that the film aims to present an authentic on-screen representation of trans people in Bollywood cinema. “We just wanted to normalise this and break stereotypes. There exists this perception, built over all these years when we were growing up. The reference points we witnessed in films and shows, I think we don’t need to live by it today. That is a wrongful representation,” Vaani Kapoor was quoted as saying.

Speaking about the film, Vaani Kapoor told PTI, “At least it is a conversation starter. I hope tomorrow they are welcomed by the audience, there are more stories with different narratives on trans people. I hope we reach a stage tomorrow where a trans girl can play a cis girl’s part and blur the lines of identities… and aren’t only restricted to playing trans in a film.”

Chandigarh Kare Aashiqui also stars Ayushmann Khurrana and is directed by Abhishek Kapoor. Vaani Kapoor made her debut in 2013 with Shuddh Desi Romance. She has appeared in films such as Aaha Kalyanam, Befikre, War and Bell Bottom. Vaani Kapoor will be seen next in Shamshera.