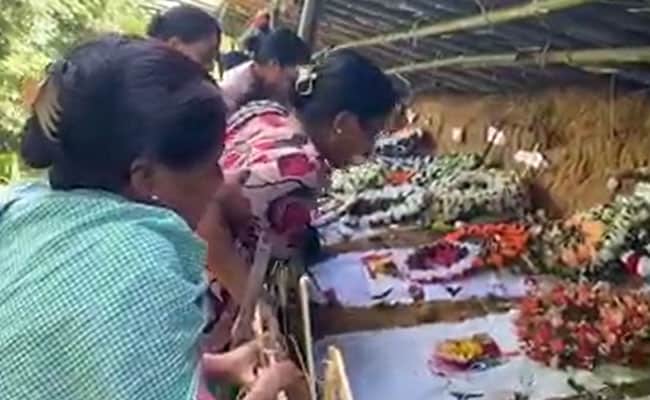 The video was shared by Mon Today on Facebook

A row of graves and mothers wailing and pleading with their sons to return home for Christmas – this heartbreaking video has emerged a week after the civilians were killed in a botched security operation in Nagaland’s Mon district and the violence that followed.

The video, shared by Mon Today on Facebook, shows the mothers of 12 civilians from Oting village of Mon district, who were among the 14 civilians and a security personnel who died after the ambush that went awry.

In the video, some women are seen weeping silently as others sob and cry out to their sons’ graves, helplessly asking them to come back.

Late on December 4, special forces of the Indian army were set for a counter-insurgency operation in the district that borders Myanmar based on an intelligence input. They had laid an ambush near Oting village and opened fire on a truck in which villagers were travelling, killing six villagers.

Soon after, angry locals surrounded the forces. Seven villagers were killed and six injured as the security personnel fired at the mob in “self-defence”. A soldier died too.

The next day, protesters surrounded the Assam Rifles camp. Police sources said they broke into the camp and tried to set fire to a portion of it and a man died in the violence that followed.

The incident triggered widespread outrage and calls for repeal of the controversial Armed Forces (Special Powers) Act (AFSPA). The law, which is in force in Nagaland, Assam, parts of Manipur and Arunachal Pradesh and Jammu and Kashmir, gives the armed forces power to maintain public order in “disturbed areas”. It allows forces to use force or even open fire after warning a person found to be violating law.

Recently, family members of the botched operation said they would not accept the government’s compensation for the civilians deaths till the security personnel involved in the ambush are brought to justice and the AFSPA is repealed.