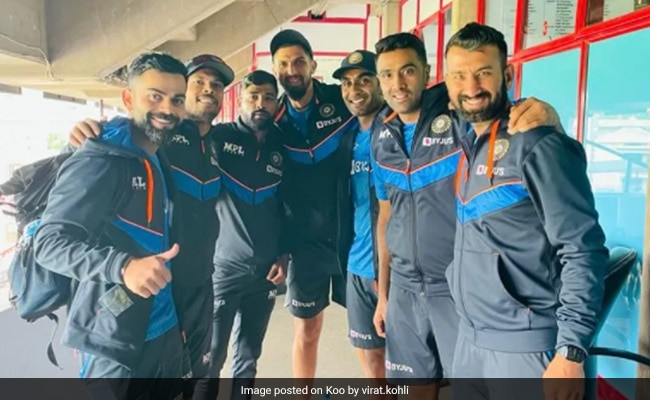 Team India have already reached South Africa ahead of a three-match Test series which will be followed by three ODIs against the Proteas. After landing in Johannesburg earlier this week. The Indian team is slated to play the first Test starting December 26 at the SuperSport Park in Centurion. The visiting Test side led by skipper Virat Kohli, took part in their first training session on Saturday to gear up for the series-opening Boxing Day Test. Virat took to social media and posted a picture alongside his teammates after the completion of the “first session.”

In the picture, Virat can be seen posing with the likes of Ishant Sharma, Cheteshwar Pujara, Mohammed Siraj, Jayant Yadav, Ravichandran Ashwin and Umesh Yadav.

For the record, India have never won a Test series in South Africa. The upcoming series will be their eighth against South Africa in their backyard, and they have lost six of the previous seven Test series.

India will be without the services of newly-appointed white-ball captain and Test vice-captain Rohit Sharma and all-rounder Ravindra Jadeja due to injuries. While Rohit had picked up hamstring injury while training ahead of the team’s departure to South Africa, Jadeja had suffered a right forearm injury during the first Test against New Zealand in Kanpur.

Both senior players are undergoing rehab at the National Cricket Academy (NCA) in Bengaluru.

Rohit on Saturday was replaced by KL Rahul as the vice-captain for the three Tests in South Africa. Priyank Panchal, who led India A during the tour of South Africa earlier this year, has replaced Rohit in the squad.