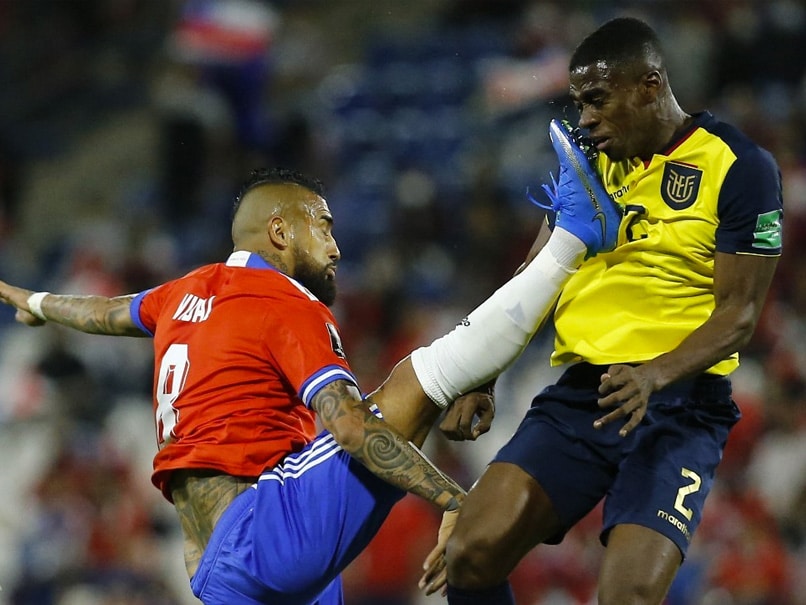 Chile and Inter Milan star Arturo Vidal was sent off in a 2022 FIFA World Cup qualifier against Ecuador for kicking an opponent in the face. Trying to receive a long pass near Ecuador’s penalty box, the midfielder attempted to reach for the ball at full stretch and ended up kicking his opponent in the face. Although Vidal’s reaction showed that it was an unintentional move, he received a red card from the referee for the incident. Here is a video of Vidal’s kung fu kick:

The sending-off ended up having a massive impact on the match with Ecuador winning 2-0 at the Estadio San Carlos de Apoquindo. Pervis Estupinan gave his side the lead in the ninth minute, followed by Vidal receiving his red card in the 13th-minute.

Playing with 10-men, Chile failed to find the equaliser and Moises Caicedo settled the win for Ecuador with a goal in injury time.

With the defeat, Chile’s chances to qualify for Qatar are dwindling and they are sixth in the CONMEBOL qualifiers table with 16 points. Brazil and Argentina have already qualified with Ecuador looking to consolidate third spot.

Meanwhile, the final automatic qualification spot will be fought for by five teams (including Chile) separated by just two points.

Only Venezuela, who are bottom of the 10-team table, are out of contention for World Cup qualification.