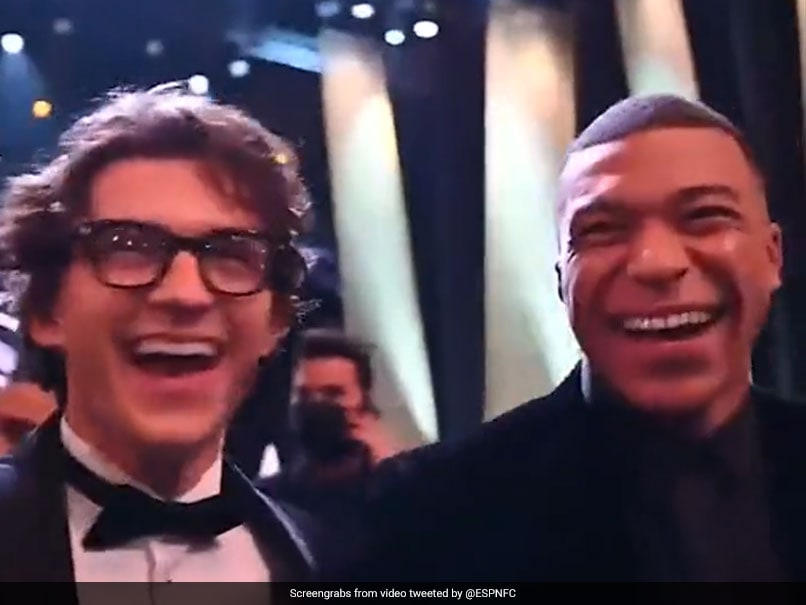 Tom Holland has been heavily promoting his upcoming movie Spider-Man: No Way Home and also visited the Ballon d’Or Ceremony recently. The Hollywood star met the likes of Lionel Messi and Kylian Mbappe. Holland, who is a famous Tottenham Hotspur fan, decided to ask Mbappe to join his favourite Premier League to which Mbappe just burst out laughing. Speaking to LADBible, the 25-year-old opened up about his experience in the ceremony in Paris. He said, “You know, we went to the Ballon d’Or the other day and we met Messi and it was crazy. It was crazy. And we met. I actually asked Mbappe, I said, “Hey nice to meet you.” He was really friendly.”

“I said, “Mate, you have to come to Tottenham,” and he just burst out laughing”, he quipped.

A video had also gone viral from the Ballon d’Or ceremony, where the actor could be seen talking to Mbappe and the French football star was heard exclaiming, “No. Impossible. That’s impossible!”

Since Holland’s interview with LADBible, many fans have speculated that the viral video could have been the moment when he asked Mbappe to join Spurs.

Here is the viral video of Tom Holland talking to Mbappe:

Tom Holland has revealed what he said to Kylian Mbappe at the Ballon d’Or ceremony:

“I said mate you have to come to Tottenham and he just burst out laughing!”

This season, he has played in 17 Ligue 1 matches for Paris Saint-Germain, scoring nine goals. Also in the UEFA Champions League, he has scored four goals in six games.