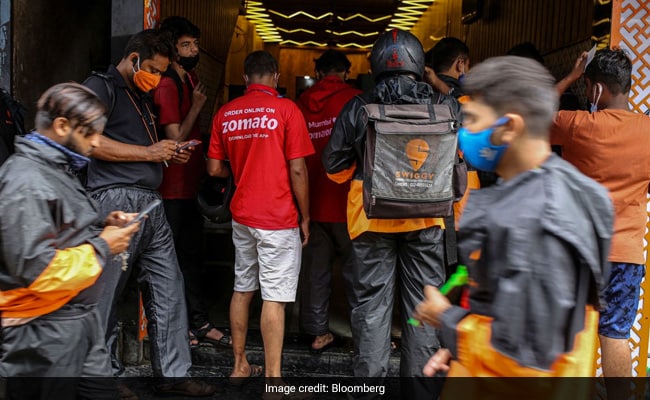 India’s 15 million gig workers are taking up the chant of their peers abroad and pressing for improved pay and benefits. They’re addressing their demands not only to the creators of the apps that funnel them work but also to the federal government.

“In one call, we can mobilize thousands of drivers and delivery boys to come out to the streets,” says Shaik Salauddin, president of the Telangana Gig and Platform Workers Union. “If millions of people are ignored the way it is happening, then surely it will reflect in the polls.”

Prime Minister Narendra Modi is mindful that gig workers could coalesce into a new voting bloc and also influence the public mood if more of them take to the streets to demand better treatment. Yet his administration has been slow to implement a package of labour reforms approved in 2020 that would make app-based workers eligible for social security benefits, including retirement pensions and access to the health-care system.

With several state elections scheduled for early next year, PM Modi wants to avoid sparking a popular backlash to other provisions in the legislation that would make it easier for companies to fire workers. That would risk a repeat of the recent showdown with farmers, tens of thousands of whom camped out around New Delhi for a year, forcing the government to repeal three farm bills approved in 2020.

India’s gig economy has the potential to generate as many as 90 million jobs over the long term, according to a March report by the Boston Consulting Group and the Michael & Susan Dell Foundation, with total transactions rising to more than $250 billion.

International giants such as Uber Technologies and Amazon.com are present, alongside homegrown unicorns like Zomato and Swiggy-which in the parlance of investors are “food logistics companies”-and Urban Company, an app that offers an assortment of at-home services including beauty treatments, cleaning, and repairs.

“There is a lot of potential for these segments to grow at a significantly faster pace than you have seen in some of the traditional sectors,” says Sonal Varma, an economist at Nomura Holdings Inc in Singapore. “The leaders of the next cycle may be very different from the traditional sectors we have been used to.”

As in other countries, the Covid-19 crisis has boosted demand for food delivery, ride-hailing, and other app-based services, potentially in a lasting way if consumers become hooked on the convenience. It’s also focused attention on the needs of freelance workers, whether it’s access to toilets or pensions.

“The pandemic has highlighted the contribution of gig workers and made them more visible,” says Nalini Gulati, an economist at the London-based think tank International Growth Centre. “The pandemic has also underscored the vulnerability of this expanding workforce.”

India’s tech-savvy gig workers are becoming more vocal as their numbers rise. On social media they highlight their poor pay-as low as Rs 20 per order for a food delivery-and hostile working conditions. In some cases they’re even urging users to downgrade ratings of the apps.

In October, a festive month when at-home salon services are in high demand, beauticians on Urban Company took to social media and the streets to protest issues such as the company’s high commission rates and late-night shifts that put women in danger as they travel to and from appointments. The company responded with a 12-point plan that included higher prices and lower commissions on some services and a new SOS helpline.

Similarly, food delivery workers cannily took advantage of the buzz surrounding Zomato’s initial public offering in July to stage a social media campaign highlighting their long hours and low pay. “We believe in freedom of expression and welcome any constructive feedback, even if it’s from anonymous accounts,” says a spokesperson for the company.

Rinku Sharma, vice president of the Indian Federation of App-Based Transport Workers, which claims more than 35,000 members in 12 cities, says her organization is trying to put pressure on the government as well as companies to improve working conditions for gig workers.

“We work in unhygienic conditions. There aren’t enough public toilets, and that’s causing a lot of health issues,” says Mr Sharma, who’s based in Mumbai. “So we all have to pool in money when something happens to one of us.”

Dandu Lakshmi, a 38-year-old cabdriver in Hyderabad who relies on ride-hailing apps for fares, is prepared to flex her political muscle to get India’s leadership to pay heed. “My support will be for the political party which listens to me,” says the single mother of two. “I want a roof over my head.”

Some experts doubt gig workers will be able to wield the kind of influence farmers do in the country. “Even as they are very active on social media, in the lack of an umbrella organization that binds them together, they are unlikely to become a traditional vote bank,” says R. Srinivasan, a professor of strategy at the Indian Institute of Management in Bengaluru.

Mr Salauddin, the union president, maintains that gig workers will be in a position to show their strength in numbers when “a situation presents itself.” That could be in Uttar Pradesh, a bellwether state where voters will head to the polls early next year. Mr Salauddin says 12,000 platform workers in Lucknow, the state capital, are organized.

In the meantime, gig workers have petitioned the Supreme Court to compel the government to implement the social security provision of the labor reforms Parliament approved last year. On December 13, the court announced it would hear the case in January.