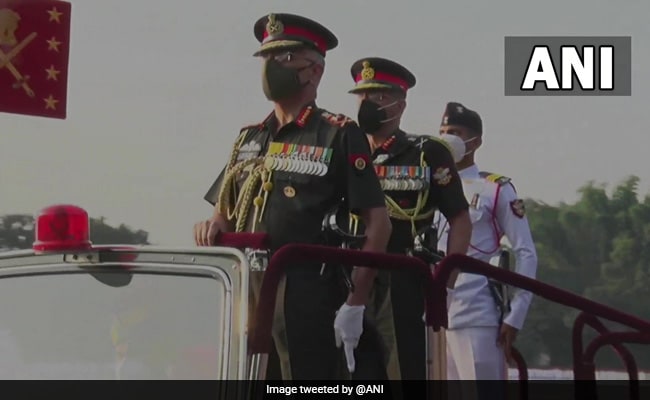 Army Chief General MM Naravane on Friday asked National Defence Academy (NDA) cadets to welcome women cadets with the same sense of fair play and professionalism as Indian armed forces are known for the world over.

“As we open gates of NDA for women cadets, I expect you all to welcome them with the same sense of fair play and professionalism as Indian armed forces are known for the world over,” said Army Chief.

Addressing the passing out parade today, General Naravane also talked about the importance of all three forces –Air, Navy and Army working together.

#WATCH | As we open portals of NDA to women cadets, I expect you all to welcome them with the same sense of fair play & professionalism as Indian armed forces are known for the world over: Army Chief Gen MM Naravane at passing out Parade of 141st Course of NDA in Pune pic.twitter.com/q9Rf6HpTRH

“No single service in itself can fight and win modern wars. The bonds you have found here need to be continuously nurtured not just in social but in the professional arena also,” he said.

The Army chief also stressed the need to continuously gain knowledge through professional education even after passing out from the academy to deal with the changing nature of wars.

“New developments in niche technologies are transforming the very character of war …Therefore it is very important that you keep yourself abreast of these changes through regular professional education,” General Naravane added.

Earlier this month, Union Defence Minister Rajnath Singh while addressing a webinar at the Shanghai Cooperation Organisation international said that “I am happy to share with you that from next year, women shall be able to join our premier tri-service pre-commissioning training institute, the National Defence Academy.”

The development came after Supreme Court on August 18 declared women and females in the country are eligible to take the National Defence Academy (NDA) entrance test.