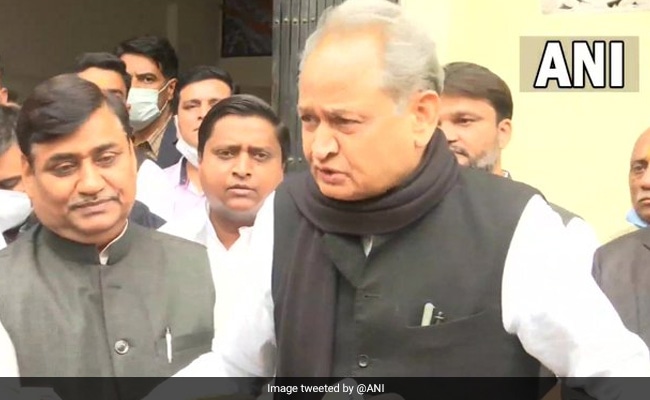 Rajasthan Chief Minister Ashok Gehlot on Sunday said portfolios to his ministers will be given keeping next Assembly polls in mind and they will buck the trend of power alternately shifting between his party and the BJP in the state.

The assertion by the Chief Minister was backed by other party leaders, who also exuded the confidence of retaining power in the 2023 Assembly polls.

The Congress and the BJP are the two principal political parties in Rajasthan and for over two decades, they have come to power alternately as no other outfit has been able to form government since 1998.

Fifteen ministers were sworn-in on Sunday, in a much-awaited expansion of the council of ministers in the state.

Ashok Gehlot told reporters before the oath ceremony, “It is the commitment of the Congress Party to return to power in next Assembly elections. We will buck the trend.”

The chief minister said in the restructuring of the council of ministers, representation has been given to all sections, be it SCs/STs, OBCs, minorities and women.

He said portfolios among the ministers will be given considering the Assembly elections.

“Our preparation for next Assembly elections has started today and portfolios will be allotted in that context. We will fulfil expectations of people and form the next government in the state,” he told reporters at Raj Bhawan after the oath ceremony.

Congress general secretary Ajay Maken, who is the party incharge of Rajasthan affairs, said party’s national president Sonia Gandhi has given a very a good team for the development of Rajasthan.

“The Congress will return to power in the 2023 Assembly elections,” he said.

State Congress chief Govind Singh Dotasra, who was elevated to the Cabinet rank, also exuded confidence that the party will retain power.

“The enthusiasm among Congress workers reflects that the state government has done a good work in the past three years,” he claimed.

“We are now going to hold ”jan sunwai” of ministers for party workers. The feedback from this exercise will be forwarded to the party high command and the government. We will be taking all steps and leave no stone unturned to make sure that the Congress forms the next government,” he said.

Former deputy Chief Minister Sachin Pilot said the new Cabinet will help the Congress in future and the party will win the next elections.

Since the 1998 Assembly elections in Rajasthan, the Congress and BJP have ruled alternately.