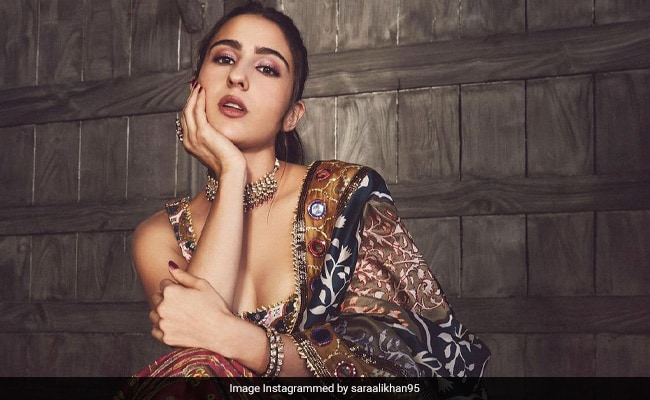 What’s brewing in the Bollywood column you ask? Well, Sara Ali Khan’s “swayamvar” list, with more than a little help from Karan Johar. So Sara Ali Khan and her Atrangi Re co-star Dhanush appeared on Karan Johar’s Koffee Shots With Karan, where the show’s host asked the actress, “Name four people that you would want in your swayamvar.” She replied, “Ranveer Singh, Vijay Deverakonda, Vicky Kaushal  and Varun Dhawan.” Karan Johar jokingly added, “All these wives are watching, I’m just telling you.” To which Sara Ali Khan replied, “And hopefully the husbands are also.”

Check out the video here:

Sara Ali Khan has quite a bit of a reputation of being candid when it comes to coffee chats. The last time the actress was on Karan Johar’s Koffee With Karan 6, she revealed that she would like to “date” actor Kartik Aaryan. A few months later, the two starred in the film Love Aaj Kal 2.

Sara, who made her Bollywood debut in 2018, has featured in films such as Kedarnath (her debut film), opposite late actor Sushant Singh Rajput, Simmba, co-starring Ranveer Singh and Love Aaj Kal with Kartik Aaryan. Sara’s upcoming project includes Atrangi Re, co-starring Akshay Kumar and Dhanush. She was last seen in the Coolie No 1 remake, co-starring Varun Dhawan.