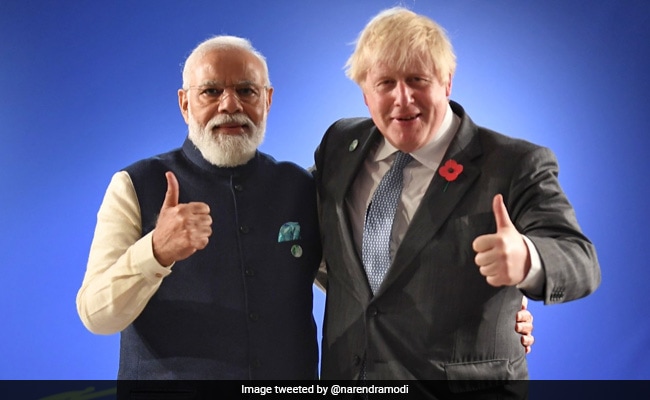 PM Modi said that the event provided him with opportunity to meet old friends and meet some new ones.

Thanking UK Prime Minister Boris Johnson who hosted the COP26 climate summit and Scottish people for their warm hospitality, Prime Minister Narendra Modi said that that the event provided him with the opportunity to meet old friends and meet some new ones.

“It was wonderful to see many old friends in person after a long time and meet some new ones. I am thankful for our host PM @BorisJohnson and also to the Scottish people for their warm hospitality in the beautiful Glasgow,” tweeted PM Modi.

The 26th session of the Conference of Parties (COP26) is the first major summit that was held physically, where more than 120 countries participated after the COVID-19 pandemic.

“Departing from Glasgow after two days of intense discussions about the future of our planet. India has not only exceeded the Paris commitments but has now also set an ambitious agenda for the next 50 years,” tweeted PM Modi.

PM Modi delivered a “seminal” statement at the 26th session of COP26 and highlighted the range and depth of climate actions taken by India along with future goals that the country has set for itself.

During his COP26 address on Monday, Prime Minister Modi announced five “amrit tatva” including the target to attain net-zero emissions by 2070. He declared that India will increase its capacity of non-fossil energy capacity to 500 GW and meet 50 per cent of its energy requirements through renewable energy by 2030.