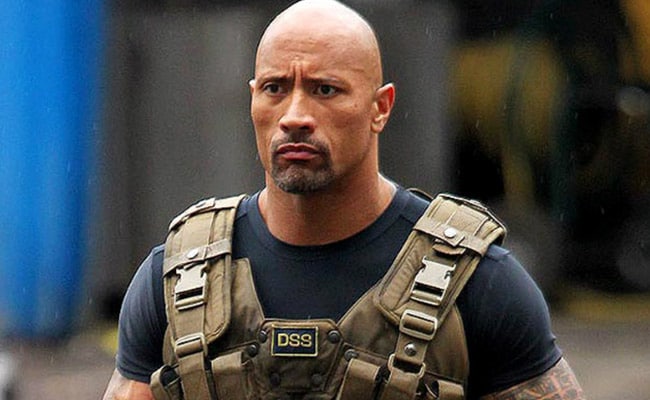 Dwayne Johnson said he believed it was time for changes in the industry. (File)

Hollywood star Dwayne “The Rock” Johnson pledged to never again use real guns in his films after friend and fellow actor Alec Baldwin accidentally shot and killed a cinematographer on a set last month.

Johnson said he was “heartbroken” to learn of the death of Halyna Hutchins on Baldwin’s film “Rust,” and that the tragedy made him reassess the use of firearms during the making of films through his company Seven Bucks Productions.

“We lost a life,” the popular 49-year-old actor said late Wednesday at the premier of his new Netflix film, the comedy caper “Red Notice,” according to Variety magazine.

“I can’t speak for anyone else, but I can tell you, without an absence of clarity here, that any movie that we have moving forward with Seven Bucks Productions — any movie, any television show, or anything we do or produce — we won’t use real guns at all,” Johnson added.

His production company will switch over to rubber guns and add all necessary firearm effects in post-production.

“We won’t worry about what it costs,” he said.

Hutchins died last month on a New Mexico movie set when the prop gun Baldwin was handling went off, striking her and director Joel Souza, who was hospitalized and released.

Baldwin was handed a firearm marked “cold gun,” industry speak for a prop that was deemed cleared and safe to use.

Johnson, a long-time Baldwin friend, said he believed it was time for changes in the industry.

“As we move forward, I think that there are new protocols and new safety measures that we should take, especially in the wake of what happened,” he said.

“It just sucks that it had to happen like this for us… to wake up.”