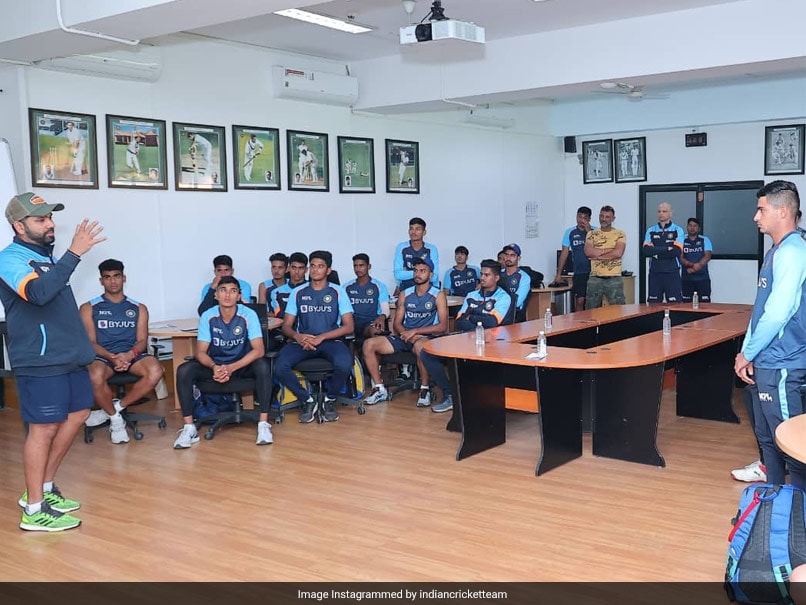 The Indian U-19 team recently interacted with Rohit Sharma.© Instagram

The All-India Junior Selection Committee on Sunday picked the squad for the upcoming ICC Under-19 Men’s Cricket World Cup to be played in the West Indies from January 14 to February 5, 2022, across four host countries. The 14th edition of the tournament will see 16 teams competing for the trophy in 48 matches. India is the most successful team having won four titles in 2000, 2008, 2012, and 2018. India have also been runner-up in 2016 and in the previous edition of the tournament held in 2020 in New Zealand.

The format will see the top two teams from each of the four groups advance to the Super League while the remaining teams feature in the Plate across 23 days of competition. India U-19 are placed in Group B.

India will square off against South Africa on January 15 and then the side will lock horns against Ireland and Uganda on January 19 and 22.