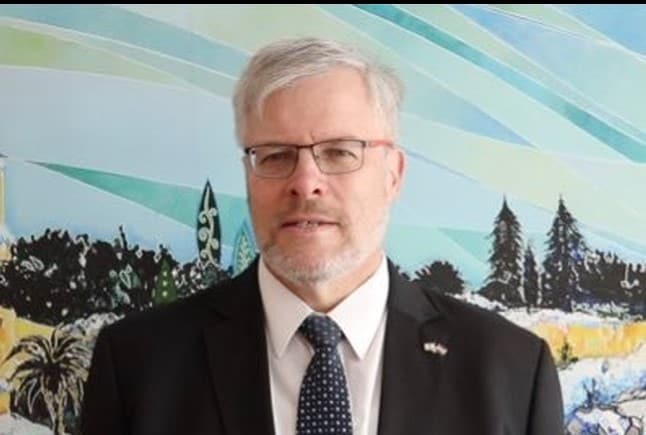 Israel’s ambassador to India has taken a swipe at Iran for calling him “childish” over his remarks that Iran was seen as a destabiliser in the region. The Israeli envoy to India, Naor Gilon, had said Iran is being steered by a very extreme regime with nuclear weapons and is a danger in West Asia, news agency ANI reported.

To this, Iran in a statement said, “…Certainly great civilizations with the great history of peace and coexistence are smarter than falling into the traps of such selfish and bloodthirsty regime with huge records of human rights abuses, killings of children, and the childish remarks of its evil-minded Zionist envoy.”

Mr Gilon, 57, who in recent days have tweeted lighter moments like a meme of Facebook on its name change to Meta and a promise that he would try to bring one of the actors of the Israeli hit web series Fauda for a visit to India, responded to the Iranian statement seasoned with a pinch of humour.

“Thank you @Iran_in_India When at 57 someone calls me ‘childish’ and ‘adventurous’, I take it as a complement. Yours proudly the ‘evil minded Zionist envoy’,” the Israeli Ambassador to India tweeted.

Backing his colleague on the Twitter swipe at Iran, Israel Foreign Ministry Director-General Alon Ushpiz tweeted, “We still vividly remember how in February 2012 an ‘evil minded’ Iranian death squad attempted to assassinate one of our diplomats in the heart of New Delhi.”

We still vividly remember how in February 2012 an “evil minded” Iranian death squad attempted to assassinate one of our diplomtas in the heart of New Delhi. https://t.co/42vLQvLh3t

Mr Ushpiz’s tweet was in reference to an attack on Israeli embassy staffer Tal Yehoshua Koren car in February 2012. A terrorist had stuck a magnetic bomb at her car, which exploded, injuring four people including Ms Koren and her driver, an Indian. Israel had held Iran responsible for the attack.

With inputs from ANI